Why is York a good place to visit?


York is one of the UK’s oldest cities, rich with history and culture. It is popular with tourists and residents alike who enjoy exploring its cobbled streets and independent shops.

York is a medieval city located in North Yorkshire, UK. Its architecture and atmosphere are in many ways like its southern counterpart, Bath. Both cities were Roman settlements and York was once proclaimed capital of Britannia Inferior. It was once the second most important city in the UK, and justifiably so. Its location and road network made it a convenient base for warfare in the north, and several parliaments were held there over the years between battles.

Nowadays, York’s ambience is a lot more relaxed. York has a population of 150,000 which gives it a metropolitan feel without seeming overwhelming. Its quaint, winding streets, independent shops and rich history endears it to all who visit.

York as a place to visit


In 2018 York was the second most visited city in the UK after London. People are enchanted by its medieval architecture, picturesque streets, and slow pace of life. It is also just a couple of hours on the train from London, Edinburgh, and Durham on the London North East Railway line so people can stop off in York as they journey through the UK exploring its iconic cities.

Things to do in York

York is a unique city in that it is encased within City Walls. Originally built to form part of the defence, the walls are now free to walk along, and offer elevated views of the city. The surviving masonry stretches 2 miles and is by far one of the most popular tourist attractions in York. 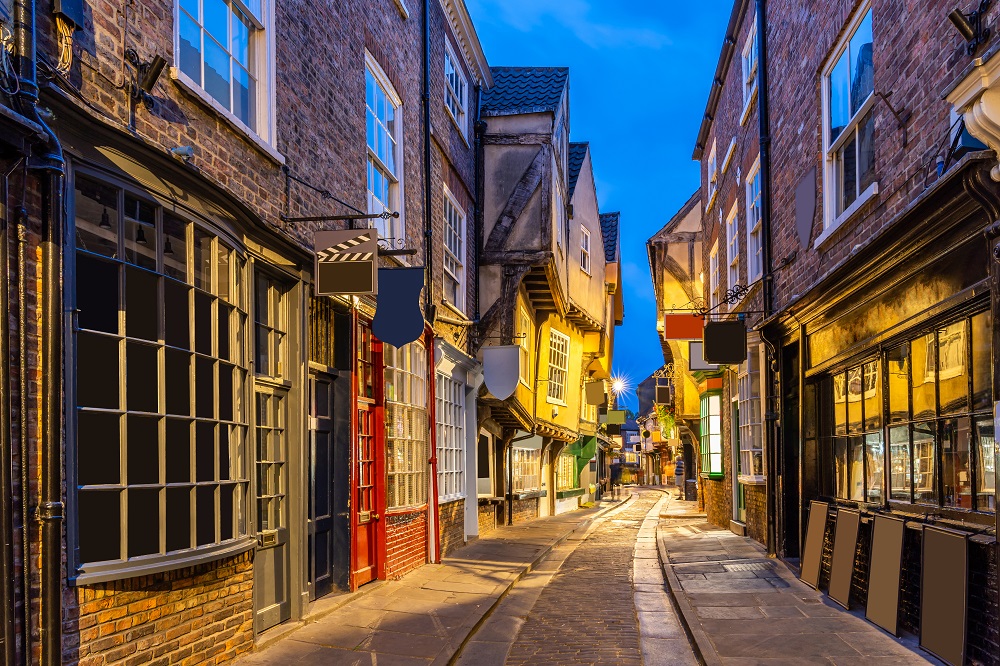 One place that characterises York is The Shambles, a quaint winding street in the historic quarter. Its appearance at first is a little odd, with overhanging timber-framed buildings. But the design is no accident. The shadow the top-heavy buildings cast used to protect meat from spoiling in medieval ages. It is a testament to York’s ingenious architecture.

Another example of splendid architecture is York Minster. York Minster is one of the most striking cathedrals in the UK, and inside you can learn about the city’s Christian heritage or climb the 275 steps up to York’s highest viewpoint.

Although much Christian heritage is found in York, it was also famously invaded by the Vikings led by Ivar The Boneless and King Halfdan in 866. This led to York being renamed Jorvik. For those interested in history of the city, a trip to the Jorvik Viking Centre is highly recommended. Everything is accurately replicated down to the finest detail – even how the city would have smelt back in the day.

Alternatively, if you like your history a little more sombre, there is Clifford’s Tower, a ruined Norman keep at the centre of York Castle, where Roger de Clifford was hanged for treason in 1322. There is also York Dungeon that has been brought back to life by actors and special effects which will provide an immersive “real life” experience of what it must have been like to inhabit the dungeons.

Those with a sweet tooth might want to visit York’s Chocolate Story, a chocolate museum on King’s Square. York has a rich chocolate making history. As the birthplace of Joseph Rowntree, it is home to the Rowntree factory (since owned by Nestle). Another great chocolate name from York is Terry’s. Many of Britain’s most popular chocolate bars are manufactured in York including Kit Kat, Yorkie, Aero, Terry’s Chocolate Orange and Milkybar. The Chocolate Story offers guided tours so visitors can learn more about York’s chocolate making past, how chocolate is now made, and marvel at the skill of the city’s chocolatiers.

York as a place to live

Not only is York a popular place with tourists, but it is also a desirable place to live. It was recently named by the Times as the “Best Place to Live in Britain” due its enticing mix of heritage and hi-tech. It is also becoming increasingly popular with creative industries due to the roll out of city-wide fibre optic broadband.


Many decide to move to York and enjoy a slower pace of life. Whilst it is a lot calmer than major cities such as London and Manchester, it does not compromise on employment opportunities. In recent years, York has been one of the top-performing local authorities in England for employment growth. Prevalent industries include IT, bioscience and food and drink, and there is also an emerging creative scene in York.


Perhaps a reason for the sudden job growth and influx of creative tech companies is that York has become the UK’s first “Gigabit City” due to its size and location. An Ultra Fibre Optic network has been installed and reaches speeds of up to 1 Gigabit, from which it got its nickname. Having high speed internet is considered vital in the modern workplace and extending it to residential areas is beneficial for the increasing number of people working from home.

From the infamous Betty’s Cafe Tea Rooms serving Swiss-inspired Yorkshire-made specialties, to The Star Inn The City which serves traditional Yorkshire specialties, there is something for everyone. Like most cities, there is an increasing number of restaurants popping up catering to a vegan diet, one such example is El Piano. With a plethora of options, from quirky cafes to traditional fine dining, there is a restaurant in York to satisfy any palate.


From its theatres to comedy clubs to York Racecourse, there is always something to do. York has two main theatres and a couple of smaller ones, York Barbican which is an indoor entertainment venue hosting live music and comedy, the York Art Gallery, and a host of museums. It is one of the most popular tourist destinations in the UK, attracting both international visitors and those on “staycations”. Not only that, but it is also a popular place to live and its blossoming jobs market means there is more employment options than ever for those looking to make the move.

With so much to offer, it is no surprise that many people are considering buying in York. The increase in demand has affected the property market, and according to Zoopla, house prices in York have risen by 19.4% in the last five years which is above the UK average of 18%, whilst rents have increased by 4.5%. Demand for property in York has increased by 28% over the last year which suggests that price rises will be sustained for the foreseeable future. If you were considering property investment in the UK, you don’t need to look further than York for the ideal fundamentals. 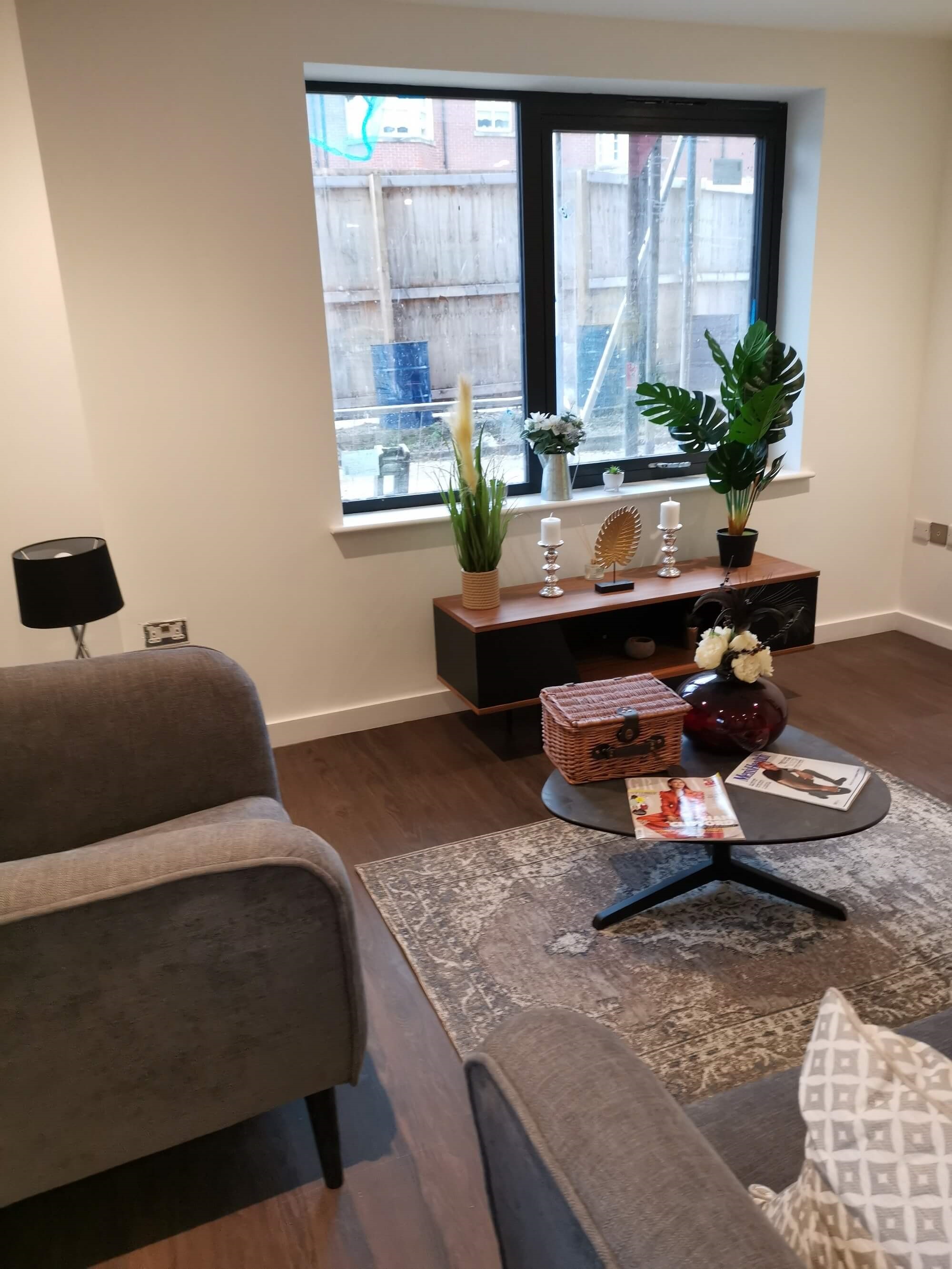 Icona in York can be rented out as serviced accommodation in York or as a residential let. Situated just a 9-minute walk away from the city centre, it is ideal for those visiting York or young professionals living in York. Icona boasts premium facilities such as a rooftop terrace, private gym and concierge service for the convenience of residents and guests. If the property is rented as a serviced apartment, yields in excess of 7% are achievable due to York's strong tourism industry. 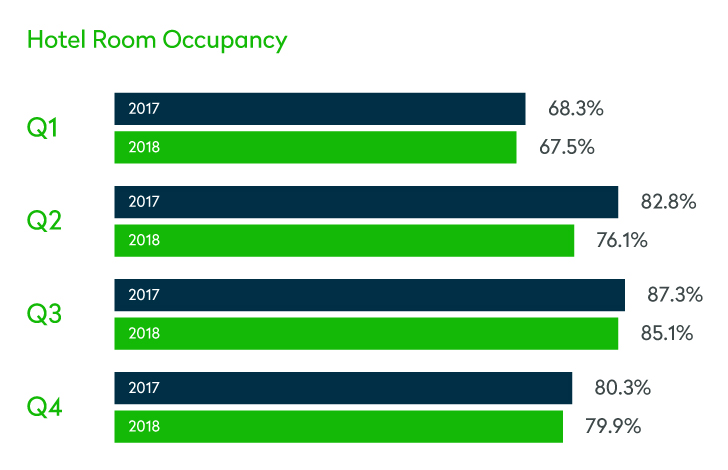 These factors coupled with the fact that York has enjoyed 80% hotel occupancy rates makes Icona in York an ideal choice for investors. If you are looking for property with contracted returns and good potential for capital growth, enquire today to find out more about this opportunity. If you’d like to discover what we think makes a good buy to let investment before taking the next step, read our fundamentals of the UK buy to let market guide?

Will domestic holidays in the UK prove more popular after Brexit?