Are you looking to begin investing in property in Liverpool? Here is why we think the fundamentals are good.

Liverpool is one of the leading UK cities for rental yields and capital growth. If you want to find the best areas to invest in Liverpool or more about The regeneration of Liverpool that will open you mind to the investment opportunities in buy to let and student property in Liverpool. You have come to the right place...

Since winning the European Capital of Culture in 2008, Liverpool has experienced a huge amount of regeneration and subsequently people looking to relocate. From The Beatles to Liverpool F.C. to its rich maritime history, Liverpool has a lot to offer tourists and residents alike.

The city is extremely popular and the number of people who live in Liverpool city centre has risen by 181% between 2002 - 2015, the highest growth of and UK city. It goes without saying that demand for property in the region is high meaning very good occupancy rates are to be expected from your Liverpool buy to let investments. If you're looking to join other investors and purchase a property investment in Liverpool, browse our high yielding buy to let Liverpool properties below to see which suits you.

Over the years, Liverpool has undergone substantial regeneration, but what was the catalyst that brought about Liverpool’s ever-changing skyline, and what is in store for the future of the city?

From the Albert Dock to Lime Street, find out which areas of Liverpool have been regenerated and how it provides opportunity to those considering property as an investment in Liverpool.

Which part of Liverpool seems most interesting to you?

Which areas have been regenerated in Liverpool?

Liverpool has experienced a striking amount of regeneration recently which has made it ever more attractive to investors. How and where has Liverpool been regenerated?

Liverpool has long been the neglected city in the north west. Throughout the 1990s, whilst nearby places such as Manchester enjoyed significant investment, Liverpool was mostly ignored, and its reputation was mainly submerged in political instability and strikes. By 2004 however, that changed and with new leadership, a developer willing to invest £1 billion into its regeneration, and having been awarded the 2008 Capital of Culture, things looked set to change for Liverpool. 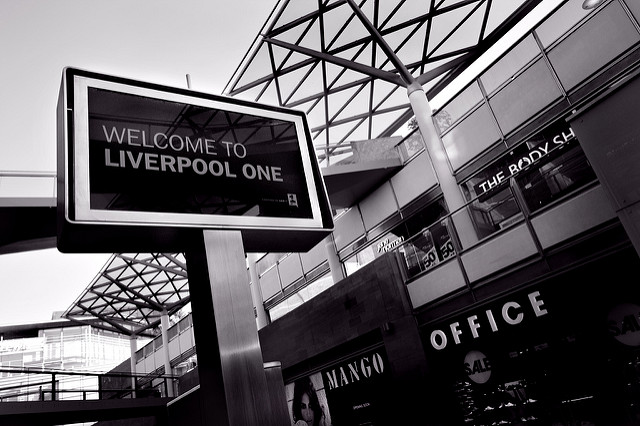 
The aim of the redevelopment scheme, also known as The Paradise Project, aimed to regenerate 42 acres of underutilised land in Liverpool city centre. The scheme was led by retail giants Debenhams and John Lewis, incorporating not only retail spaces, but also leisure facilities, office blocks and an Odeon cinema. Most of the complex was opened in phases during Liverpool’s year as the European Capital of Culture in 2008.

When Liverpool One had been completed, the effect it had on Liverpool’s economy was pronounced. It took Liverpool into the top five most popular shopping destinations in the UK. New businesses were springing up, and over 40% of Liverpool One’s retailers are new to the Liverpool area. Visits to the area sky-rocketed, and total footfall within Liverpool One to the end of 2008 was over 13 million. Liverpool had finally managed to establish itself as a major shopping destination in the UK. Not only has footfall increased to the retail district, but the Albert Dock has also seen an increase of around 100,000 visitors per week, up 46% overall.

Regeneration of the Albert Dock 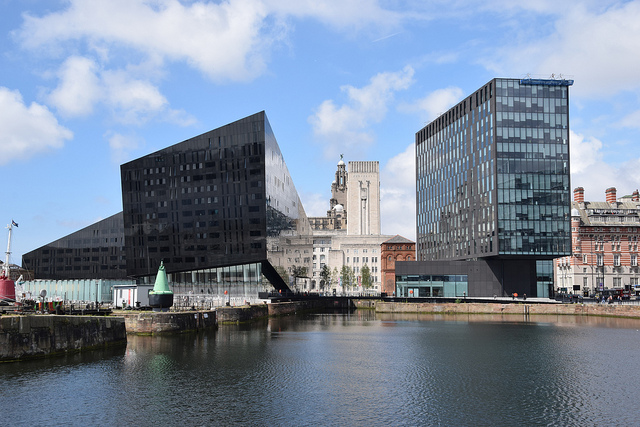 
The Albert Dock was officially opened in 1846 but only operated successfully for half a century or so. By 1900, it was too small to accommodate the large iron and steel steamships, and it seemed as though the dock was no longer fit for purpose. In fact, after 1920 there was no more commercial activity in the docks and by 1972 it closed. Nevertheless, the significance of the Albert Dock was not forgotten, in 1952 it was given Grade I listed building status and in 1976 it was made a conservation area. The Albert Dock is also a UNESCO World Heritage site. In 1983 Arrowcroft was tasked with the huge responsibility of regenerating the Albert Dock, a project that unfolded over a 20-year timeline. The scheme resulted in 1.3 million square feet of high quality mixed-use accommodation, including trendy restaurants and bars, retail space, residential apartments and offices. 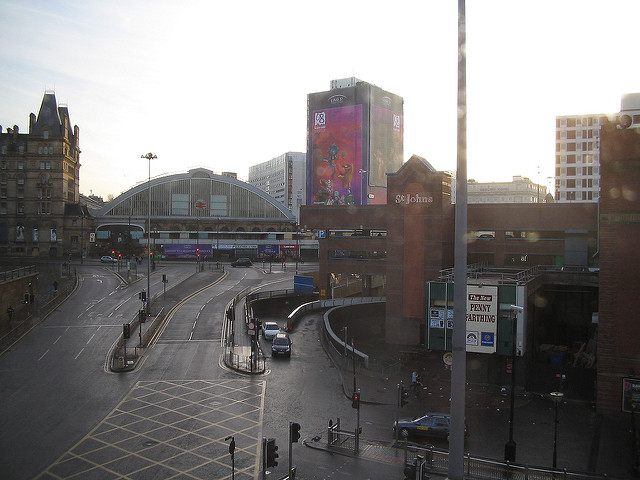 
The regeneration of Lime Street has recently been confirmed to go ahead, after the dispute between the developers Neptune (Sigma’s commercial development partner) and campaigners SAVE Britain’s Heritage was resolved. The £39m scheme involves the creation of a 412-bedroom student block, over 30,000 square feet of commercial space and a 101-bedroom hotel. The area of contention was the proposed demolition of the historic Futurist cinema. SAVE Britain’s Heritage was against the demolition stating that it was inappropriate action, but the court found that the building was structurally unsound and little could be done to stabilise it, so demolition was not an unreasonable step to take.


Liverpool Waters is a £5.5m project that aimed to regenerate Liverpool’s docklands that will extend 2km along the River Mersey, headed by the Peel Group. It is the sister programme of the Wirral Waters project and together they make up the Mersey Waters Enterprise Zone. Both projects enjoy enterprise zone status, which offers attractive incentives to businesses to invest there, including business rates discounts, superfast broadband and flexibility in terms of use of floor space. Not only does the project aim to build a new cruise terminal on 60 acres of derelict dockland, but it also includes the construction of over 9,000 apartments, offices, hotels and bars.

The aim of the project is not just to increase housing stock in the city, but also to encourage new business and act as an extension of the commercial and business districts within Liverpool’s city centre. Once completed, Liverpool will be able to compete with cities such as Boston, Barcelona, Toronto and Hamburg in terms of its waterfront offerings and economy. 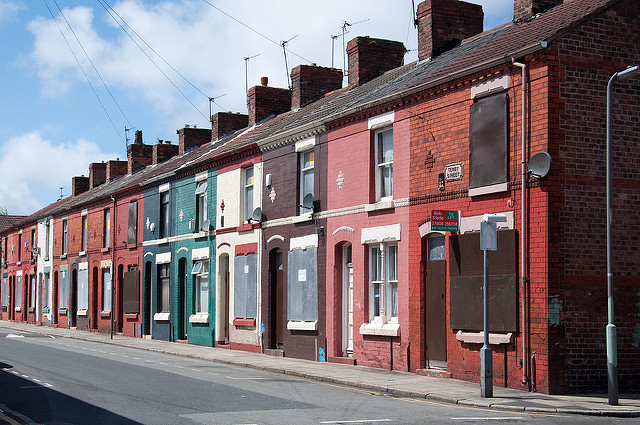 
The Anfield Project is a redevelopment plan spearheaded by Liverpool City Council, Liverpool Football Club and Your Housing Group. It has been in place since 2013, with the aim to improve the existing strengths of the Anfield area. It includes a range of developments, some of which are already beginning, such as:

• New and refurbished housing • New street lighting, parks and refurbished alleyways • The expansion of Liverpool Football Club’s Anfield stadium • Anfield Square – a new public square that will include commercial and retail space and a new hotel • New retail premises along the High Street, including a new Liverpool FC superstore and café So far, the regeneration project has been hailed a huge success and is considered to have helped those living in the previously neglected area in Liverpool. The expansion of the Main Stand at Liverpool Football Club’s Anfield stadium has created over 1000 new matchday roles, including catering, retail, hospitality, safety, museum, tour and kitchen teams.

Liverpool’s mayor Joe Anderson, committed to building 5,000 new houses, and bring 1000 empty houses back into use when he assumed office in May 2012. So far as of 2015, 3,884 homes have been completed and a further 1,500 are in the pipeline. The bulk of this is made up of student and residential accommodation. Liverpool’s student accommodation sector alone is worth £256 million with the majority being in the city centre and making up 52% of city centre residents. The number of applications to study in the city is growing year-on-year and thus, the need for more student property does not seem to be slowing. It’s not just student accommodation being built in the city centre, the construction of new residential accommodation units in the city centre has long been neglected but that has been changing over recent years. Areas of note for new developments are The Strand and the Baltic Triangle. The Strand offers excellent waterfront views and a prestigious location, and the Baltic Triangle offers an exciting opportunity for those looking to live in an eclectic, creative environment.


Property prices in the south of England are skyrocketing so it is no wonder investors are looking elsewhere in the UK to purchase property. House prices in Liverpool remain relatively modest standing at an overall average of £145,603 according to Rightmove, compared to an average of £682,498 for property in London. Consequently, the rental yields that can be achieved from Liverpool buy to let investments are far higher than those achieved in London. What had previously attracted investors to property in London and the south east in general was the strong possibility of good capital growth.

Whilst the general guideline remains that property in the south achieves higher capital growth, Liverpool’s L1 postcode has seen astonishing growth within the past few years. According to research by Which? house prices within the L1 postcode have risen by 41% in the last year compared to the previous three years. The average home in the L1 post code is still under £120,000, which is remarkably undervalued, and it has been predicted that prices will only continue to sky-rocket, so now is the perfect time to invest.

Since winning the European Capital of Culture in 2008, Liverpool is beginning to be recognised as an interesting place to visit and live, offering a diverse range of activities, sceneries and cultures, from the Chinese Quarter, to Ropewalks, to The Strand. With multiple regeneration and house building projects either in the pipeline or recently completed, Liverpool’s prominence in the north west is gathering momentum and the effect it is having on the housing market is already evident.

If you are interested in investing in Liverpool due to the sheer amount of regeneration, why not read our best places to invest in Liverpool student accommodation article next?

In this buy-to-let tax guide we discuss the tax implications on the cost of purchasing, rental income and ultimate capital gain derived from owning buy-to-let investment properties and look at ways...

UK property is seen as a valuable asset worldwide. How can investors from overseas own UK property? Learn more about the property purchase process, UK property terminology and UK taxation on...

In today’s age, our requirements are constantly changing and individuals are increasingly requiring flexibility with regards to their travel accommodation. Hotels have restricted offerings that...

Where are the best place in Liverpool to invest in student accommodation? What makes each area attractive to students and investors alike? If you are curious, all will be revealed in our Liverpool...