Sustainability within the property sector

Sustainable homes in the property sector


In recent years, public awareness of the climate crisis has grown and there has been a shift to take more urgent measures across all aspects of life to limit carbon emissions. This has been demonstrated by the changes a growing number of people are making to their lifestyle, including limiting meat consumption, going vegan, buying sustainable clothing, and opting for more environmentally friendly modes of transport.

The government also signed legally binding legislation to commit the UK to a target of net zero carbon emissions by 2050. The UK has already reduced its emissions by 42% but the legislation means that more industries will have to act.

Research from the UK’s Green Building Council has found that 10% of the UK’s carbon dioxide emissions are directly related to construction. This includes the whole process, from manufacturing materials to constructing developments. The whole built environment accounts for an astonishing 40% of the UK’s total carbon emissions.

If the UK’s target of net zero carbon emissions by 2050 is to be met, the way in which the construction industry operates urgently needs to be addressed. Steps have been made to tackle emissions, including new methods of constructing buildings and assessing their environmental impact. Read on to discover how technological advancements and new guidelines are helping to make construction in the UK more environmentally friendly.


The BREEAM method was established in 1990 to limit the impact property construction will have on climate change. The method has been used in over 50 countries around the world, and over half a million buildings have been BREEAM certified.

BREEAM stands for Building Research Establishment Environmental Assessment Method and is an assessment method that is used when developing new buildings, projects, and infrastructure. The BREEAM method can be applied to new builds as well as refurbishment projects. It sets guidelines for environmental performance of a building through the design, specification, construction, and operation phases.

Environmental impacts that are considered include:


Compliance to the BREEAM method is voluntary in the UK, however most publicly funded buildings are required to be BREEAM assessed and meet at least minimum levels of certification.

What is modular construction?


The term “modular construction” may be unfamiliar to those outside the industry, but it is a building method used that is often considered greener, fitting in with BREEAM standards.

The advantages of module construction and building a development off-site and in modules is that it is safer, more environmentally friendly and more cost effective. Modules are built in a safe, controlled environment that means there is minimal disturbance to the surrounding area. Other benefits include not being subject to any weather delay, and the ability to easily recycle waste material. 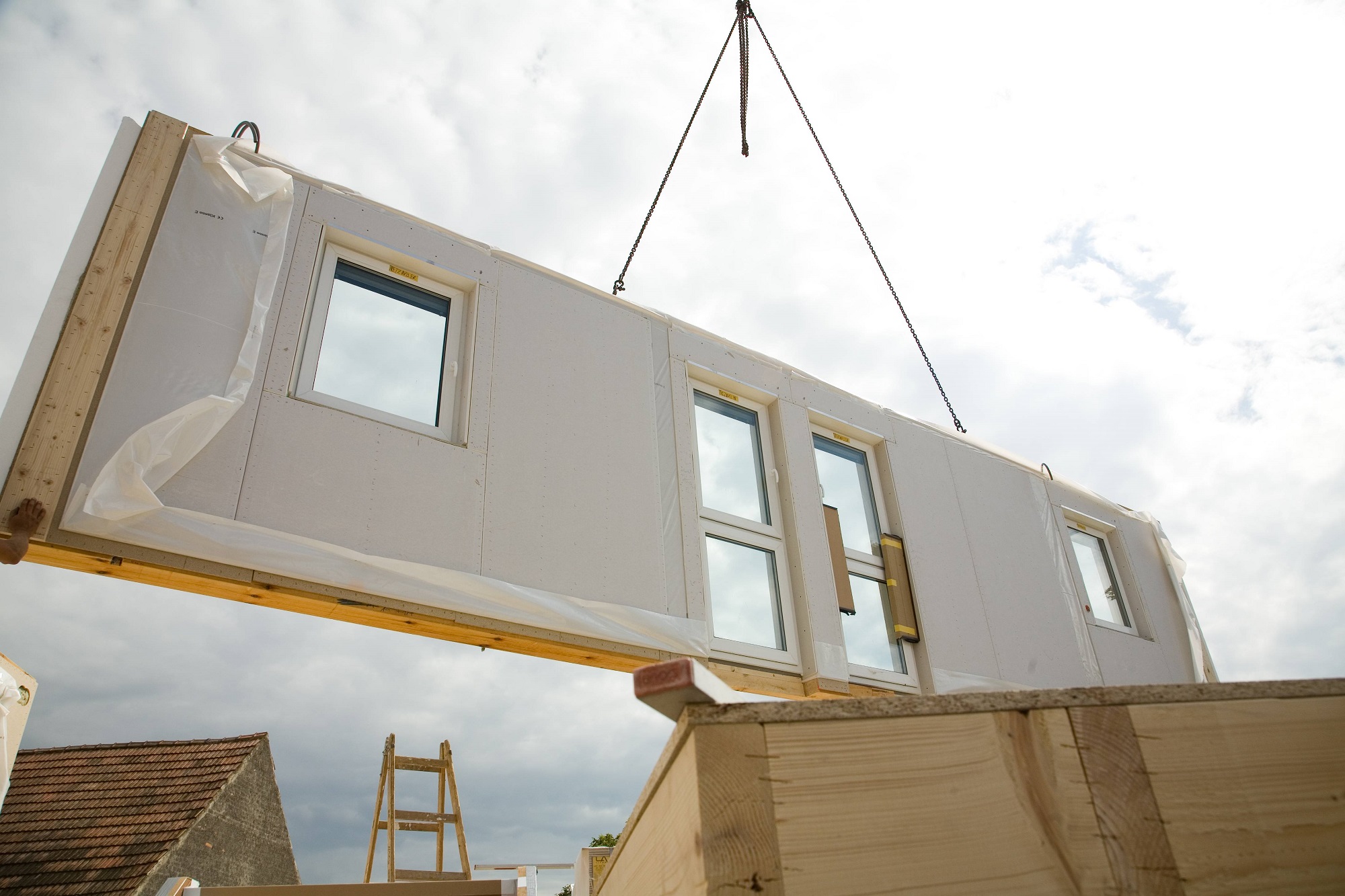 An example of a building erected using the modular construction method


Due to modular construction being a more efficient way to build developments, it is becoming more popular. Many developers are now using the method in their upcoming projects. Japan’s biggest developer Sekisui House has partnered with Home England - the government’s agency responsible for delivering new houses, and Urban Splash to increase the supply of new homes using modular construction.

Developers Capital & Centric and Kamani Property Group are working on a site in Manchester’s New Cross district as a 50:50 joint venture. The plans for the site include a 9-storey, 120 apartment building with a private roof terrace for residents and shared roof space. The development is expected to cost in the region of £37m. Ground floor units would be partly used as office space, and a café-bar or deli. The development will be characterised by a large art canvas on the front of the building and will be one of the largest in the city.

Also built using the modular construction method will be the New Islington development. Situated in the city of Manchester, the development will comprise 134 residential units which will consist of terrace houses and apartments. The houses form the part of the development that will be built by modular construction. The site is just 1.5km from the city centre in an area surrounded by a canal network. This will allow for a peaceful residential environment and form the core of a reinvigorated community.

Investors looking at Manchester as a place to invest in property should consider reading our best areas to invest in Manchester property article which details areas that have seen large amounts of capital growth and areas where there is still room for growth.

The boom of the modular construction method is not just confined to Manchester. The last piece of the world’s tallest modular building was put into place last year, and that building stands tall in the London borough of Croydon. The face of Croydon has changed rapidly over the years, welcoming numerous developments, both residential and commercial. It was previously one of the last expanses of South London that was yet to see any regeneration, but focus was shifted when developers recognised its wealth of amenities and good transport links.

Croydon is considered a town inside of London and has a huge population and economy. East Croydon station is only a 16-minute train journey from London Bridge, so residents can easily travel to central London for work or leisure purposes. The scheme is 136m high, which is the equivalent of the London Eye. Inside, the 101 George Street scheme is expected to house 346 build-to-rent apartments benefitting from views as far reaching as the Shard.


The first 3D printer was constructed in the 1980s, but a period of refinement has meant that the technology has only started becoming popular in the last decade or so. Nowadays, many people are familiar with 3D printers and they are commonplace in classrooms and laboratories.

3D printing has come a long way since the 1980s and is even being considered for house building as an alternative to traditional construction. The benefits of 3D house printing are vast; it limits waste and is therefore environmentally friendly and more cost-effective. In 2018 a family in France became the world’s first to move into a 3D printed home. The house took 54 hours to print and was around 20% cheaper to build than it would have been through traditional construction. In 10-15 years, properties could cost 40% less due to economies of scale and the refinement of the technology if 3D printing becomes more commonly used. 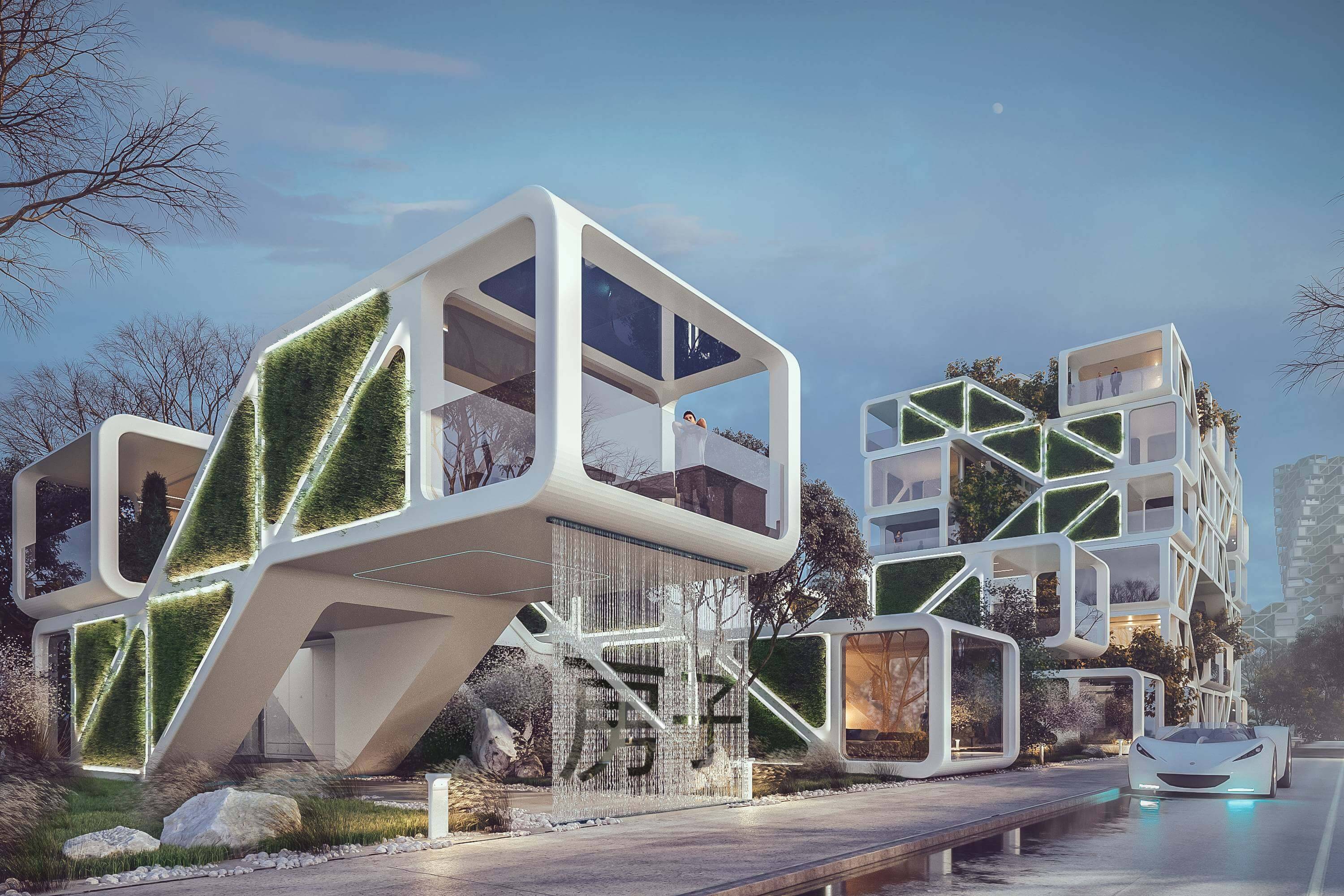 How does printing homes using a 3D printer work?


Houses are first designed in a studio by a team of architects and scientists, and then the blueprint is programmed into a 3D printer. The printer is then brought to the site where the house will be built and the house itself is printed from the floor upwards. Contractors are then drafted in to add the windows, doors, and a roof.


There is a chronic undersupply of houses in the UK, and not enough houses are being built to bridge the gap. In the 30 years between 1989 – 2018, 3,328,850 houses were built in England. Research has shown that England needs around 345,000 new homes to be built every year to keep up with current demand and make up for the backlog. In the 2019/20 calendar year, housing stock increased by 244,000 which is around 100,000 fewer homes than needed. Discover more about how the shortage of housing has buoyed the property market.

Implementing 3D printing technology can rapidly increase the number of new homes that come to market. Printing takes a matter of hours, and construction a matter of months. It is also more cost effective so it can work within a government’s budget.

The only drawback is 3D printed houses are only estimated to last around 50 years due to the materials that are used. Timber frames are more likely to decay over time, so they will not be the durable homes that we are used to in the UK. It is likely however that once this technology develops, companies will come up with new materials to build with that will be longer lasting.


Sustainability is now a primary focus within the property industry and must be considered when looking at measures to solve the housing crisis. To address the shortage in homes being built, Homes England has partnered with United Trust Bank to launch a £250m “Housing Accelerator Fund” for SMEs. The fund has started accepting applications and will award small and medium-sized builders loans of between £1m and £10m. The aim is to increase competition and innovation within the industry and boost the number of new homes that are delivered.

Leeds – one of the UK’s greenest cities


Leeds is one of the top ten greenest cities in the UK and has been earmarked as the UK’s ‘green finance capital’. £10 million will be invested in a new initiative in Leeds, making it the country's Centre for Greening Finance and Investment.

A research hub will be constructed which will be used to develop new technologies to combat climate change. The centre will provide environmental data and research to institutions who will consider the information for future decisions. Examples of how this data can be used by property investors include predicting a property’s flood risk and how industrial pollution can affect prices. 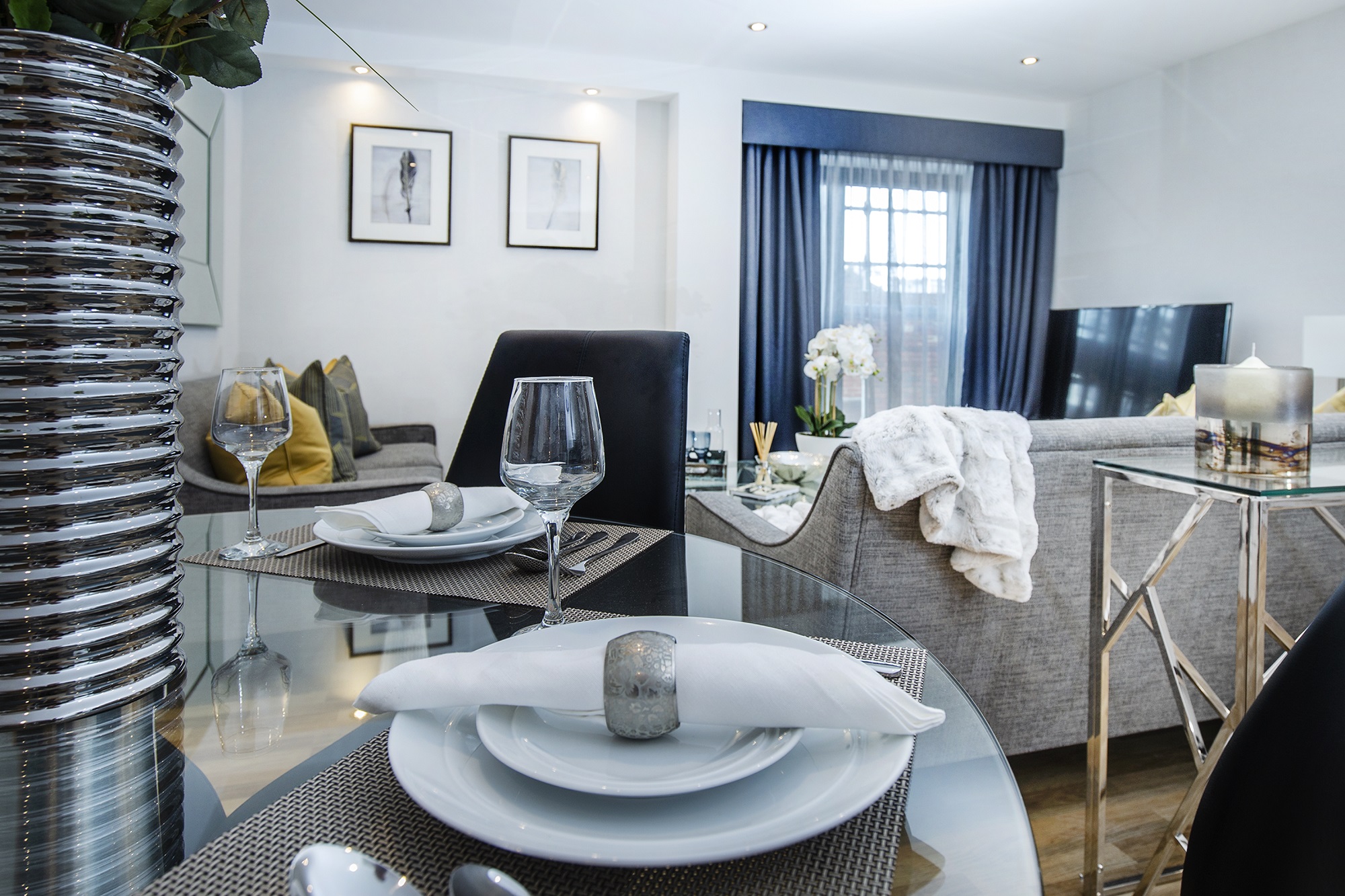 For those interested in energy efficient homes in Leeds, look no further than Leeds West Central. Leeds West Central is a new development comprising one and two-bedroom apartments, situated just a ten-minute walk from Leeds City Station. The development is conveniently close to Leeds city centre and ideal for those who enjoy a cosmopolitan lifestyle. They are also a good choice for those who are conscious of the environment, as apartments are designed with energy efficiency in mind. Completing in March of 2021, one-bedroom apartments start from £164,800 and two-bedroom apartments from £206,325 on a 250-year leasehold.

The UK property market is not only shaped by environmental factors. For those looking to invest in property, there are other fundamentals to consider when choosing a property to invest in. Read our fundamentals of the UK buy-to-let market to get a better understanding of the investment sector and what drives property prices.

Is Leeds a good place to live?