Invest in Buy to Let Property in Sheffield

Considering a Sheffield buy to let property? Sheffield's expected population growth and regeneration means that the population is expected to increase. Read on to discover why that is a good thing for investors.

The introduction of HS2 and the multiple regeneration projects stemming from the Northern Powerhouse govenrment policy means Sheffield's population is expected to grow by 15% by 2035. For those considering Sheffield buy to let investments, this allows for good occupancy levels and capital growth as the increase puts pressure on Sheffield's property market. Kelham Island was named as the UK's best neighbourhood and St Paul's is popular with those looking to experience living in a lively area of Sheffield city centre. Read about the best places to live in Sheffield to learn more about each neighbourhood's character.

Considering that Sheffield has over 50,000 students, a Russell Group University and Sheffield Hallam University, there are several reason to continue invest in Sheffield student accommodation. You may be comforted to read that Universities in Sheffield are ahead of their predicted recruitment numbers

If you want to have an idea what it is like to live in the city, here are 5 interesting facts about Sheffield.

Consider a Sheffield property investment if you are looking for a good value investment that has the scope for capital growth.

Invest in Buy to Let Property in Sheffield

Best places to live in Sheffield

Best Places to Live in Sheffield

Sheffield has grown in popularity as a place to live in recent years. Inward investment has created job opportunities, and its low income to house price ratio means it is easier for people to get on the property ladder. Of course, choosing where to live in any city is a major decision.

Sheffield has many different neighbourhoods and reading about them all can get overwhelming. Choosing an area really depends on your needs and requirements. If you are looking to study in Sheffield, you will probably gravitate towards neighbourhoods close to your university. If you have a family, you may want somewhere away from busy roads but with good schools nearby.

Here, we have highlighted a few neighbourhoods we think offer the best living experiences whether you are studying in Sheffield or relocating for work. We chose them due to their affordability, entertainment offerings and proximity to required amenities, depending on whether you are a student or a city worker. We think these are also some of the best buy to let areas in Sheffield, click the green arrow to find out more...

Where should you consider property in Sheffield?

More and more people are considering a move to Sheffield, both to work and study. But where are some of the top places to live in the city?

Why are people moving to Sheffield?


Sheffield has become one of the top northern cities Londoners are relocating to, and it has a large student population due to having two renowned universities (the University of Sheffield is ranked 14th in the UK). It is much more affordable than cities in the south and the ratio between house prices and income being 5.8, vs 12.9 in London.

In recent years, the city has seen investment to attract companies such as Boeing and McLaren, which seems to have paid off. In 2018, Sheffield had a 12% increase in people moving to the city from London and the South Yorkshire area recorded the strongest jobs growth in the decade since the financial crisis.

Creative and digital industries seem to be performing particularly well, as the sectors grew faster in Sheffield than anywhere else in the UK. As well as having excellent employment and housing options, Sheffield’s right next to the Peak District and is also one of the greenest cities in the UK, making it ideal for those who are after a bit of tranquility amongst nature.

If you are looking to relocate to Sheffield, you probably want to know where some of the best places to live in the city are. According to worldpopulationreview.com, Sheffield is the UK’s fifth largest city by population and it offers a number of different neighbourhoods, all with their own unique appeal.

Where to live in Sheffield also depends on whether you are a student or a working professional. Whilst students would usually choose accommodation close to their university, professionals would gravitate towards houses near their workplace. It also comes down to personal preference, you may opt for a house in a leafy suburb and detest the noise associated with city centre living.

Where are the best places to live as a student in Sheffield?


Here is our list of the best student areas in Sheffield.

Affectionately known to locals as “Eccy Road”, Eccleshall Road is popular with students from both the University of Sheffield and Sheffield Hallam. Its location means it is slightly more convenient for those studying at Sheffield Hallam. Eccleshall Road is a four-mile stretch of road lined with independent cafes, bars, and boutiques. It is very popular with students and many find themselves living in the area amongst their classmates and friends.

Ranmoor is popular with first-year University of Sheffield students looking to make friends, as it is the location of a student village. It boasts a fantastic student community, and many find themselves staying in the area beyond their first year. For second and third year students, there is a good choice of private flats available outside of the village.

Ranmoor is a green, leafy suburb so it is popular with those wanting quieter accommodation. It is also just a short bus journey from the Peak District, making it ideal for those who enjoy the great outdoors.

Crookes is a little livelier than surrounding neighbourhoods due to its student population and entertainment options. The band “The Crookes” hail from the area and are University of Sheffield alumni.

Crookes boasts tree lined streets and quaint terraced student housing. It is slightly further out so it is often a bit cheaper for students. Although it is not in central Sheffield, it does have excellent transport links to the city centre, and the University of Sheffield campus is within walking distance. This makes the suburb popular with those wanting to save money on rent but who also want a quick commute to classes.

Where are the best places to buy to let in Sheffield?


Here is where we think the best places to buy to let in Sheffield are, as they are now some of the best areas to live. Due to increased demand, rental and property prices have increased. 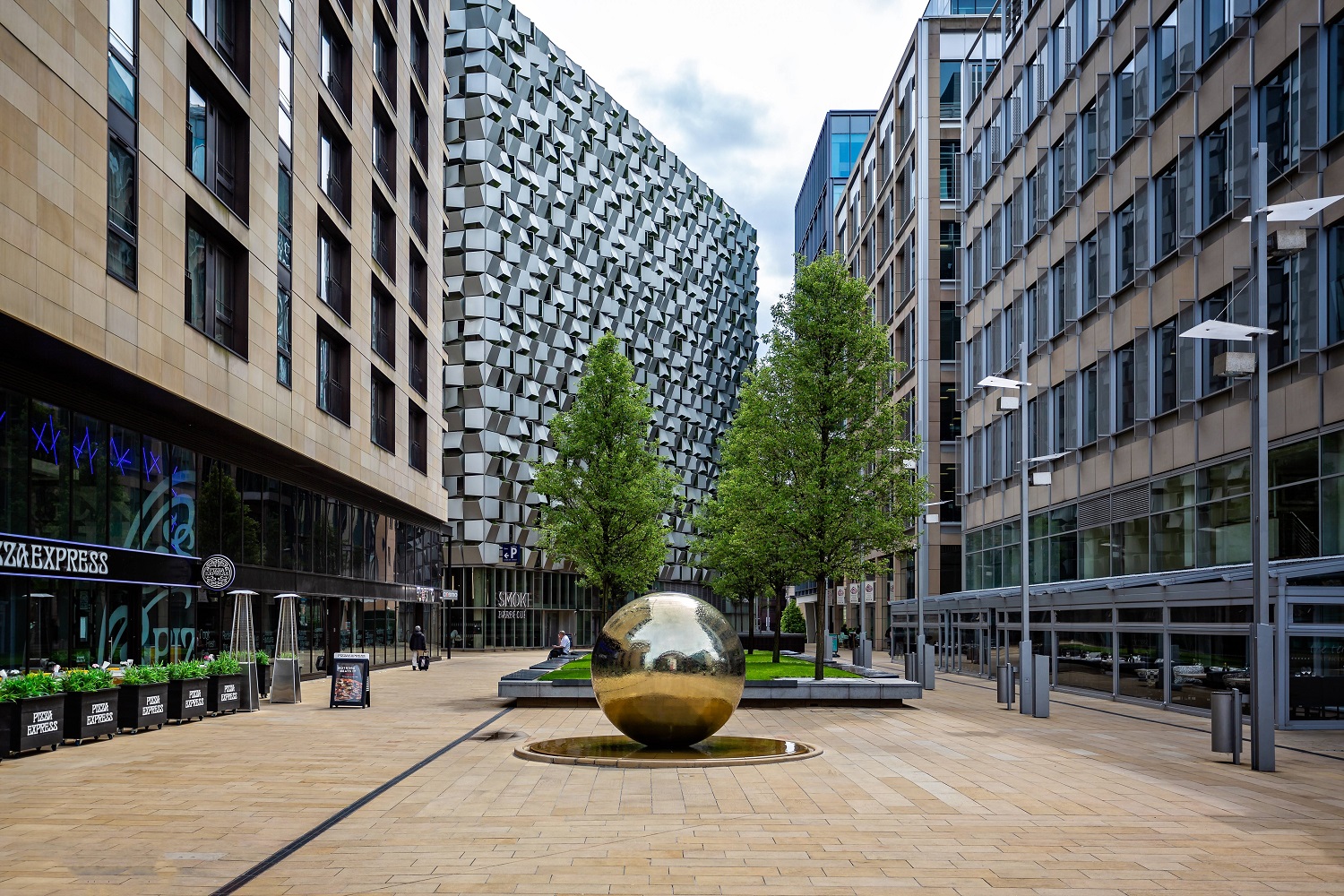 St Paul’s is one of Sheffield’s central districts, suitable for residents who want lively surroundings and prefer to access the workplace and leisure spaces on foot.

Over recent years it has been regenerated and now offers luxury living spaces, cafes, and restaurants. It is also close to the city’s largest market – the Moor Market.

Despite its central location and recent rejuvenation, property prices in the St. Paul’s area are still affordable, with an average of £166,250. This is 8% up on 2017 figures, according to Rightmove, and its positive fundamentals mean that there is still allowances for more capital growth.

Its central location and proximity to Sheffield’s university campuses means it is also a popular area with students.


Walkley is in the north west of Sheffield, bordered by Burngreave, Hillsborough and Crookes. Walkley is a typically residential neighbourhood with village feel. Walkley has seen a recent influx of young professionals due to its affordable property prices, but still has that sense of a close-knit community as many families have lived there for generations.

Property in Walkley mainly consists of charming Victorian terraces. The area went through decline with shops closing, however with young professionals and families moving to the area, it has seen a resurgence in recent years and independent shops and cafes have opened their doors. Lower Walkley is close to Hillsborough for shopping, and Walkley is a little livelier and closer to the city centre. The River Rivelin runs alongside Walkley, so residents can enjoy picturesque riverside walks in good weather. 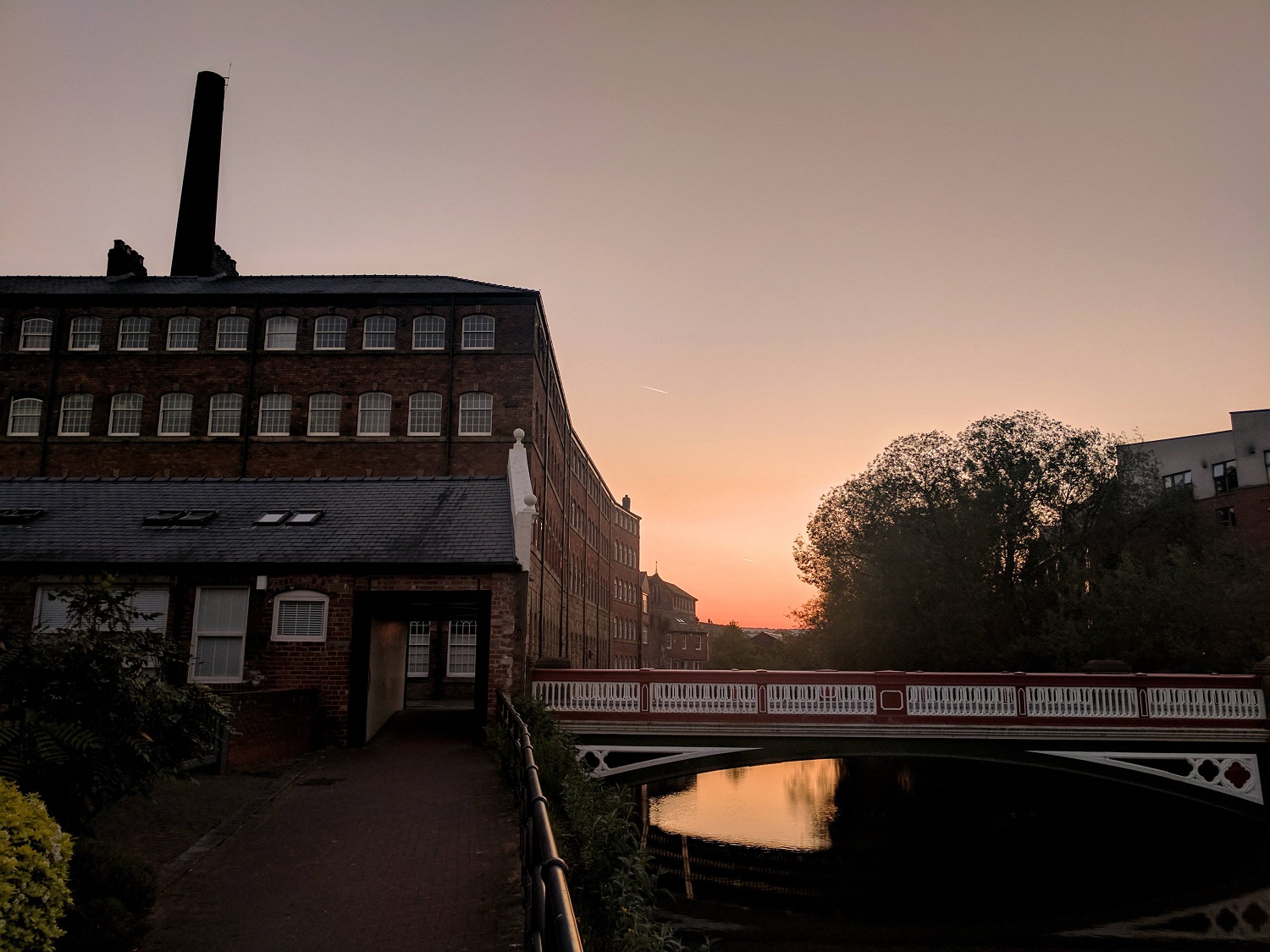 In 2018, Kelham Island was named as the UK’s best neighbourhoods at the Urbanism Awards, beating Hackney Wick in London and Ancoats in Manchester. It is not hard to see why.

Formerly an industrial site, it is now one of Sheffield’s most exciting and up-and-coming neighbourhoods. Before regeneration work started in the area, it was difficult to believe it could have been transformed into the place it is today. Factory buildings stood empty and unloved, and it was hugely run down. Old factories and warehouses that had fallen into disrepair have been repurposed into flats and working spaces, and the area now boasts craft breweries and pizzerias in abundance. Streets are a mix of old buildings and new, and many are decorated with colourful street art.

It is also a short walk from the city centre, so it is convenient for those working in Sheffield or who want to explore further afield during their leisure time.

For now, the cost of property in Kelham Island is affordable. According to Zoopla, the average property price in Kelham Island in October 2020 was £147,119. We think Kelham Island is a good choice with creative types or young professionals seeking a lively yet affordable place to live close to the city centre. Its location, food and drink options, regeneration and recent accolades lead us to believe more will recognise its appeal and prices will not remain modest for long.

Sheffield is a large city with many neighbourhoods, each offering something different. If you want to live somewhere peaceful with views over the city and beyond, Walkley could be an option to consider. If you want somewhere a bit more industrial and vibrant, Kelham Island could be for you.

Sheffield should also be a city to consider if you are purchasing property with the intention of renting it out. The influx of young professionals and affordable property means good rental yields can be achieved. In fact, in 2019 research by TotallyMoney ranked the Sheffield S1 postcode within the top ten in the UK for rental returns with an achievable yield of 7.83%.

Invest in Buy to Let Property in Sheffield - Guidance & Tips

Over the past 5 years, 350,000 people have moved from London to other UK cities. So, what is attracting them elsewhere and is there an opportunity for investors to achieve better returns in these...

Sheffield has a famous steel making past but that is not all it is renowned for. Located in the English county of South Yorkshire, Sheffield is affectionately known as the “Steel City”. Since the...

Sheffield is one of the UK's most popular student cities, being both affordable adn home to two well-performing universities (The University of Sheffield is ranked within the UK's top 20)....