The Regeneration of Birmingham

The Regeneration of Birmingham UK

How has Birmingham been regenerated?


Since 2010 – 11 the Birmingham region has received £1.5bn of public sector money. This has created a host of new hotspots in Birmingham, and some very coveted places to live.

Due to the incoming HS2 rail network and the Curzon Street regeneration, inward investment in Birmingham has made it an increasingly attractive prospect to investors, especially as other strategic cities are becoming ever-more expensive. Birmingham has undergone, and is currently undergoing, more regeneration than simply a new rail line though. Since 2010-11 the region has received £1.5bn of public sector money and more investment is on the horizon. Finally, it is paying dividends and has made Birmingham one of the best places to buy property and set up business. 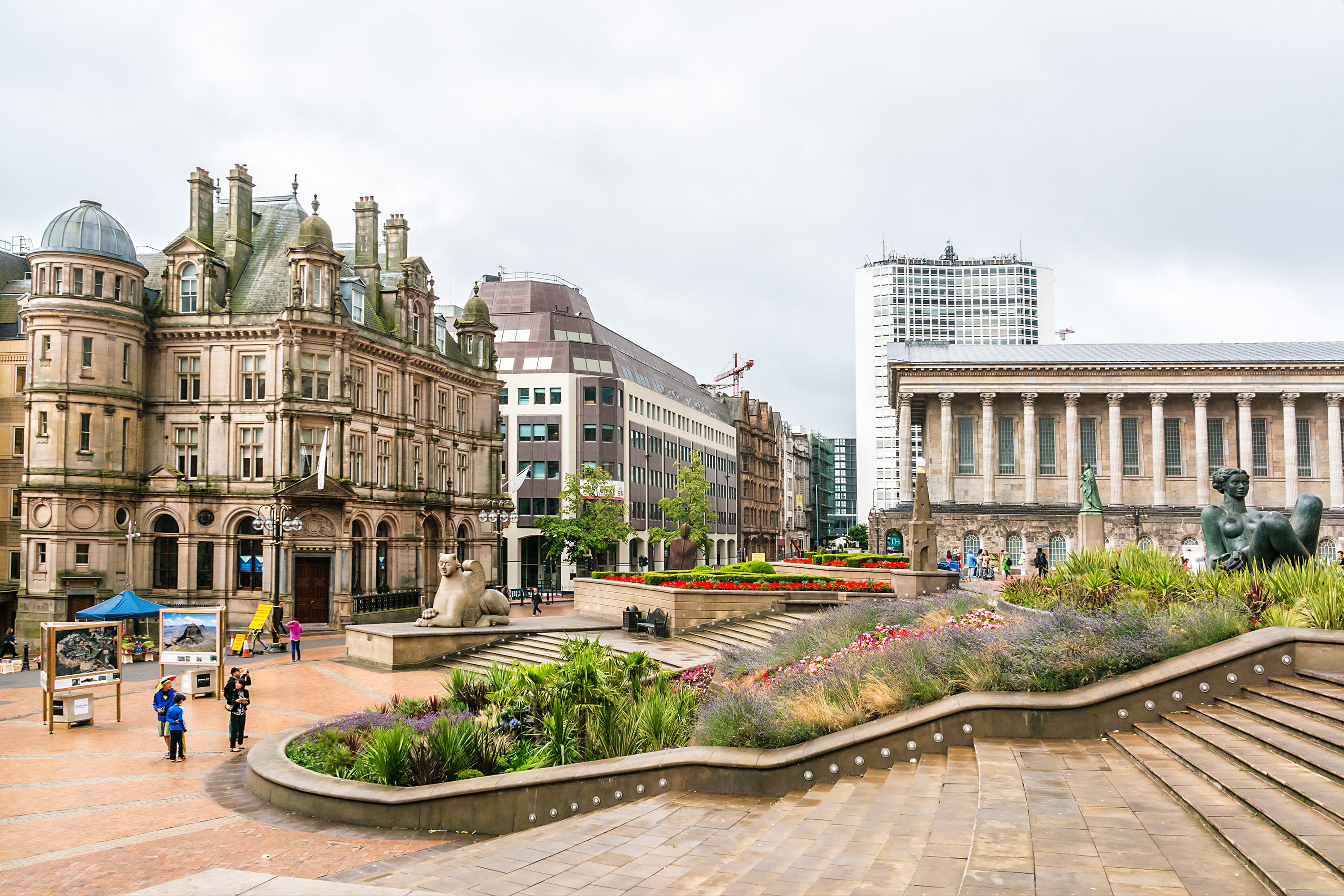 The effects of regeneration on business and population growth

HS2 will decrease travel times to various important cities across the UK and will make Birmingham a more attractive place to live.

The new Curzon Street station in Birmingham is due to open in 2026 with seven platforms. Not only will it provide high speed travel to cities across the UK, it will also act as a public space and gateway into Birmingham city centre. There will also be a residential development comprising 4,000 new homes built on the site.

Work started on the regeneration of New Street Station in 2010. Work included redeveloping the station and the shopping centre that sits on top of it. Work took around five years to complete and in the end the shopping centre was re-opened as Grand Central and included a new John Lewis store. Upon its completion, it has acted as a catalyst for growth for the area’s local economy and has improved links to the city centre.

Dubbed Birmingham’s answer to London’s Canary Wharf, it comprises three buildings which were built over ten years and offer a vast amount of office and leisure space. Snowhill is the largest speculative office scheme outside of London and has metro links from its station Snow Hill to New Street in Birmingham. Birmingham’s Big City Plan

Birmingham’s Big City Plan is an ambitious 20-year city centre masterplan to improve the economy and infrastructure of the city. It includes creating over 50,000 jobs, 1.5 million square metres of new floorspace, a walkable city centre, 28km of new walking and cycle routes and 5,000 new homes with recreational facilities and more.

Paradise is a Birmingham Property Hotspot

Paradise is a city centre regeneration project that spans 7 hectares of space between Chamberlain and Centenary Squares. The project includs the creation of office space (some of which PricewaterhouseCoopers has claimed), a hotel and commercial space for restaurants and shops. Due for completion in 2028, the development will be made up of 1.8 million ft2 of up to 10 new high-quality buildings comprising bars, office space, restaurants and retail space. It is understandable why Paradise will be come a Birmingham property hotspot and further enhance the city's appeal as a great place to live and work.

Birmingham and the West Midlands region will benefit from a £778 million investment to host the 2022 Commonwealth Games. Over one million tickets will be sold to spectators in Britain and across the world and it will give Birmingham the opportunity to capitalise on tourism, business trade and a larger jobs market.

Part of the regeneration will see an Athlete’s Village in the Perry Bar neighbourhood of Birmingham. Along with that, the area will see an improvement in transport links, the environment and new commercial and residential developments. A multi-million-pound aquatics centre is also due to be built in Sandwell.

To welcome visitors coming to Birmingham for the 2020 Commonwealth Games, Birmingham’s city centre is due a £25 million regeneration. Birmingham property prices will receive a boost from the various improvements across the citywide regeneration which includes; renewing 40,000 square metres of public space, repairing The River fountain in Victoria Square and extending the pedestrian area around it, replacing pavements and improving security measures in specific city centre locations.

Galliard Homes has teamed up with Apsley House Capital to deliver £500m worth of regeneration projects in Birmingham. These include Soho Wharf – the transformation of derelict industrial land into a new canalside community with apartments and public piazzas, and St Paul’s Quarter which will provide the local area with 98,297 sq ft of retail, leisure and commercial space.


Creation of the Beorma Quarter

Digbeth is very much like the “Shoreditch of London” with its red-brick housing and street art. Beorma Quarter is a 2.2-acre site in the city centre which will comprise 250,000 sq. ft of Grade A Office Accommodation, 227 apartments and 15,000 sq. ft of retail and leisure space. The creation of the Beorma Quarter will bring new job opportunities, professionals and commerce. 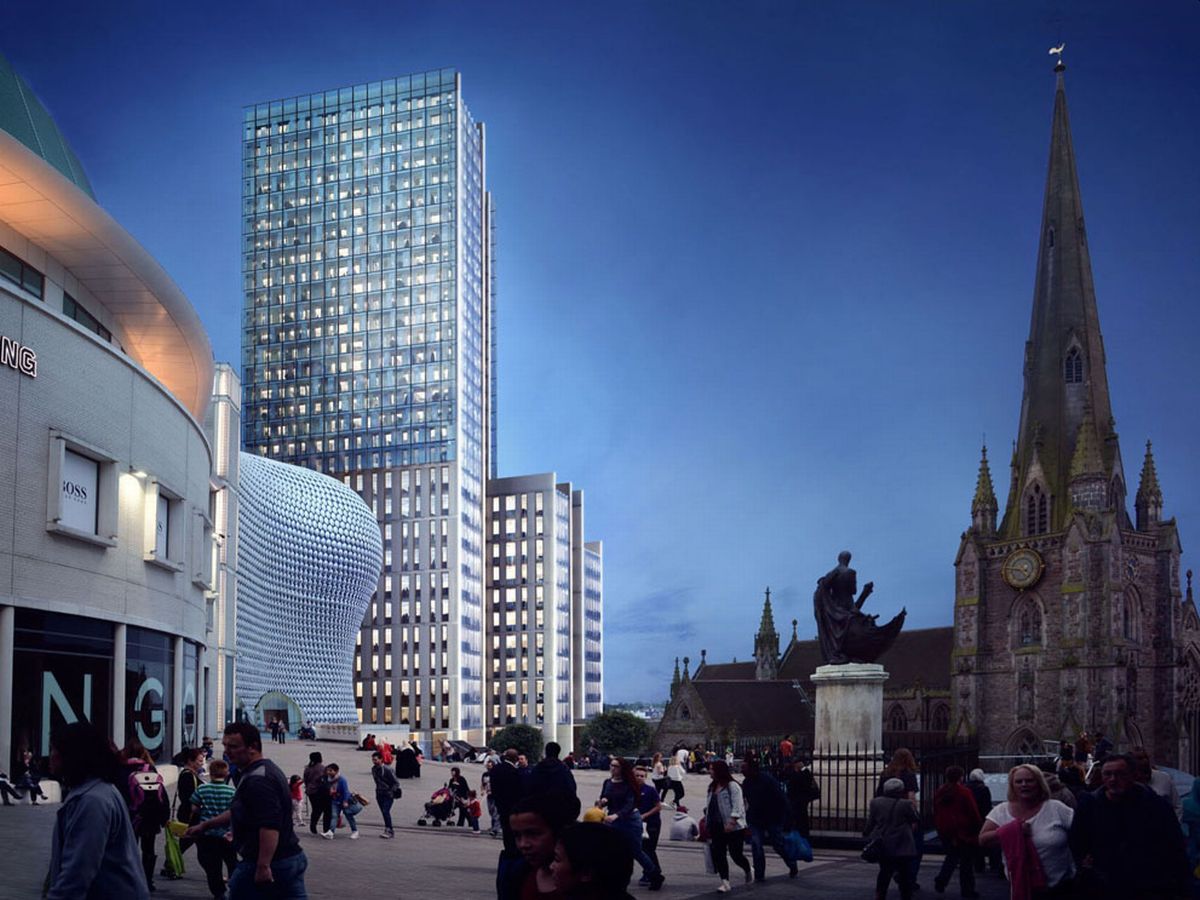 The Bird’s former custard factory was redeveloped to house 101 small and medium sized creative industries. The ground floor loading bay was re-purposed into a lake, flanked by dance studios and galleries. This iconic redevelopment has attracted creative companies and individuals to the area and reflects Digbeth’s evolving surroundings.

The effect of regeneration on business and population growth


The Attraction of Businesses to Birmingham

In 2007, Deutsche Bank opened in Birmingham and has since expanded their portfolio across the United Kingdom. HSBC has also returned to Birmingham and PwC have confirmed that they are taking up commercial office space at One Chamberlain Square. Even BBC Three has chosen to move part of its business base to Birmingham. The relocation of these businesses to Birmingham ensures that people from a wide range of professions will be following employment opportunities, hence increasing demand for property in the UK’s second city.

Why invest in property in Birmingham

Affectionately known as Britain’s second city, Birmingham has one of the largest populations outside of London. Birmingham has the one of the largest legal and financial services centres outside of London, with a GVA of £226 billion. It also enjoys an advantageous position in the country, as 90% of the population can reach Birmingham in under four hours. This makes it an attractive place for businesses that need easy access to the rest of the UK. With HS2, it will be even easier for them to transport goods across the country.

It is predicted that with the construction of HS2, more people will move to Birmingham and commute to London. HS2 journey times between Birmingham and London will take 49 minutes – the typical London journey to work is 45 minutes. Can you imagine what impact that will have on Birmingham house prices?

Smart money is already being invested there; in 2016 LaSalle Investment Management invested £100m into 603 apartments built for the private rented sector. Surely, it’s time to consider adding Birmingham property to your portfolio.

In the past, Birmingham has beaten other cities to the top of the table in terms of economic growth, as its GVA increased by 4.2% between 2012 and 2013. A lot of companies are investing in Birmingham and this is evident with HSBC’s chosen city for their new headquarters was Birmingham. Which created 1000 jobs and Deutsche Bank increased the number of people their employ in Birmingham from 50 to 2,000. Knight Frank recently named Birmingham as the UK’s number one business hotspot and with the creation of new jobs, young talent has followed. In 2015, 6061 people moved from London to Birmingham, which is more than to any other city.

As above, young talent has followed job creation. This has meant that Birmingham has a significant young population with under 25s making up almost 40% of the city’s inhabitants. Its young population lends itself well to the rental market, as they often don’t have the capital to buy a property and enjoy the freedom of renting before they decide where to lay down roots. The demographic can also contribute to capital uplift, as once they have saved up the money for a deposit, they will be a captive audience to purchase existing properties in the future.

From the £10 million revamp of Centenary Square to the £450 million canalside regeneration scheme, Birmingham is experiencing lots of inward investment to its public spaces. Alongside HS2 making it easier to travel across the UK, Birmingham is the place to start considering property investment.


Buy to let properties in birmingham 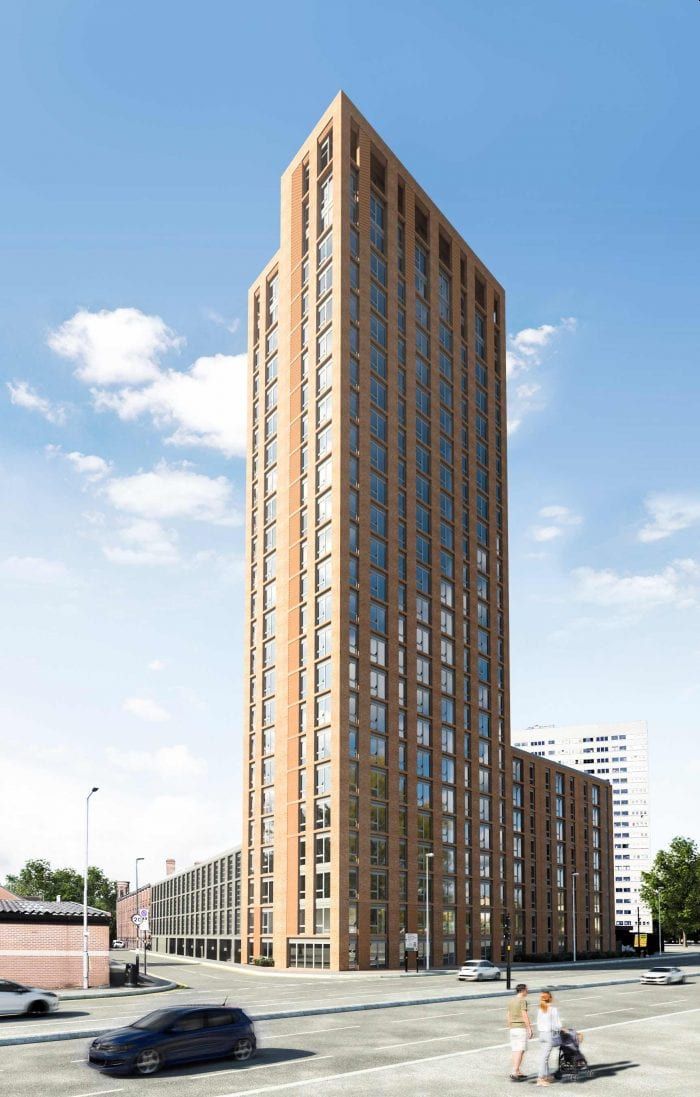 There are areas where growth has been slower but steadier, and the overall average is lower, indicating that they have not yet reached their full potential with regards to house price growth. In the B12 post code for example, the current average house price value is £160,238. It’s also a central area, less than fifteen minutes’ walk from the city centre compared to the Jewellery Quarter which is around a 20-minute walk from the city centre. As part of the Big City Plan, Birmingham’s Eastside and Southside are undergoing a huge amount of regeneration. The B12 post code covers part of Digbeth in Birmingham’s Eastside. Consequently, the regeneration and improvement work focused in the area will allow for a lift in property prices. If you are excited about the capital growth prospects in Birmingham, please register your interest. We would be delighted to assist you!

Areas to Invest in Property in Birmingham

Should you invest in property in Birmingham?